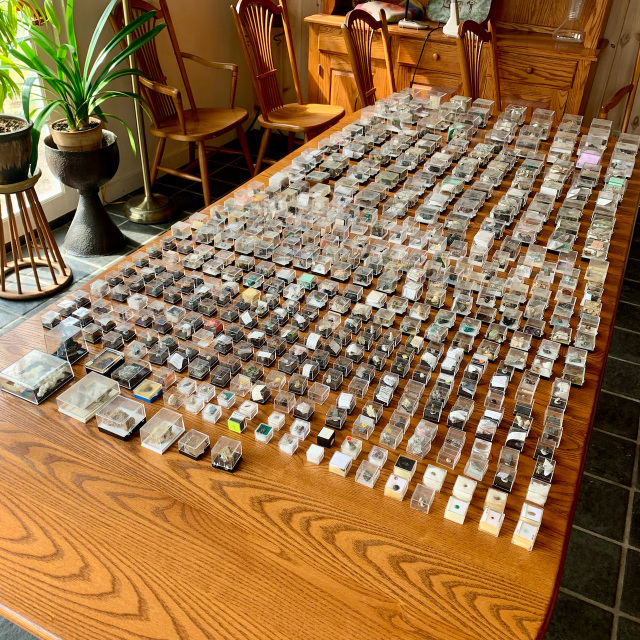 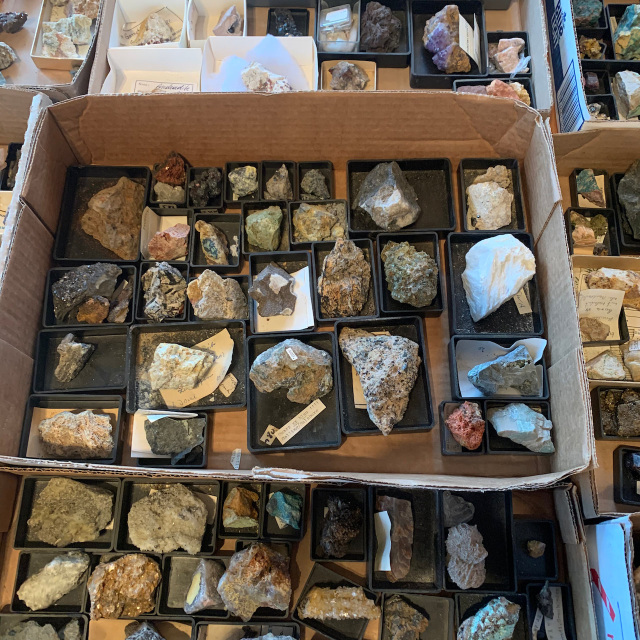 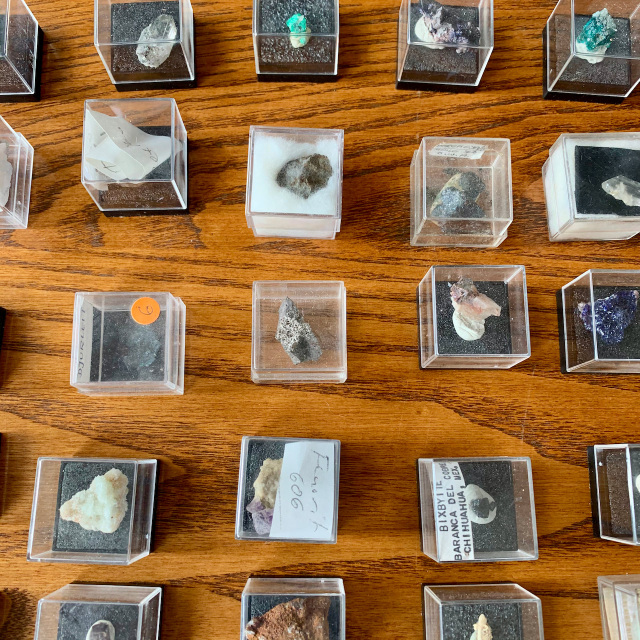 800+ mineral specimen collection belonging to Karl-Heinz Russ. Please read biography and play the slide show. These are old stock specimens with labels and card catalog. This is a single purchase for the whole collection. Proceeds from the purchase go to a not-for-profit research/educational Institute/Museum. Pickup only - Ithaca New York. Please use the following contact form for serious inquiries - Contact Form

Karl-Heinz Russ was born in February 1938 in Ulm, Germany as the country was heading towards World War II. He was raised as an only child by his paternal uncle and his wife as his parents did not have the means to care for him. Living in such a deprived time he found ingenious ways of keeping his very precocious mind engaged including a story he often repeated of tying a feather to a string and pretending it was an airplane. He excelled as a student, although never completed more than a middle school education, and was grateful when an apprentice position opened at Magirus, a very well-known, highly respected, successful company in Ulm. At the end of his apprenticeship he was a skilled tool and die maker, working in industry his entire working life.

Karl-Heinz was an avid reader throughout his life, which opened worlds for him that continued to foster his love of knowledge. That cerebral engagement led him to travel the world to faraway places at a time when it was still a novelty to tour Iceland, Egypt, India, Tibet and Nepal just to name a few. His intense preparation for such trips in advance was his signature and it carried over as he and his family traveled to more conventional locations. It was during this time of travel Karl-Heinz embraced the teaching of Buddha which carried him throughout his life and was a source of comfort and solace during his last days on this Earth.

Sometime in the mid 1960’s he became engrossed in geology and it developed into a lifelong love of the Earth and all its wonders. It was at this time he started to collect minerals of all kinds. The man was meticulous when it came to any aspect of this hobby. He engaged with other collectors all over the world and started many lifelong friendships all over the globe. His mineral collection over the years became massive and it meant everything to him. He specialized in garnets, fluorescent minerals and inclusions, but also branched out into micromounts as well as so much more. He spoke once about finding his “yellow light” in the cliff sides of Iceland; a stage of enlightenment in the Buddhist discipline. And there is no doubt that his quests to find his precious stones brought him to a heightened state of spirituality.

Karl-Heinz planned trips so he could write articles about the locations where certain minerals were found. He was published many times in mineral periodicals such as Der Aufschluss and was the editor of The Journal of the Fluorescent Mineral Society between 1997 and 2014. He was respected in the field as an expert although he never had any formal training. He loved physics and studied the field on his own terms, from his office in Brooktondale, New York where he immigrated with his wife Ursula and their two children; daughter Katharina and son Andreas in 1986. His love of science was passed on to them as both of his children received advanced degrees in life sciences and physics respectively.

Mineralogy was his love and passion after his family. He made it abundantly clear that without the supporting documentation of where the mineral was found it was worthless. It is our hope that whoever ends up with his life’s work, that person will honor him and this collection by giving it a good home with the card catalog intact!!! If you enjoy this collection only half as much as he valued it, his family will be most grateful. Here is to a life well lived, in love of learning and knowledge surrounded by those he loved and who loved him back.